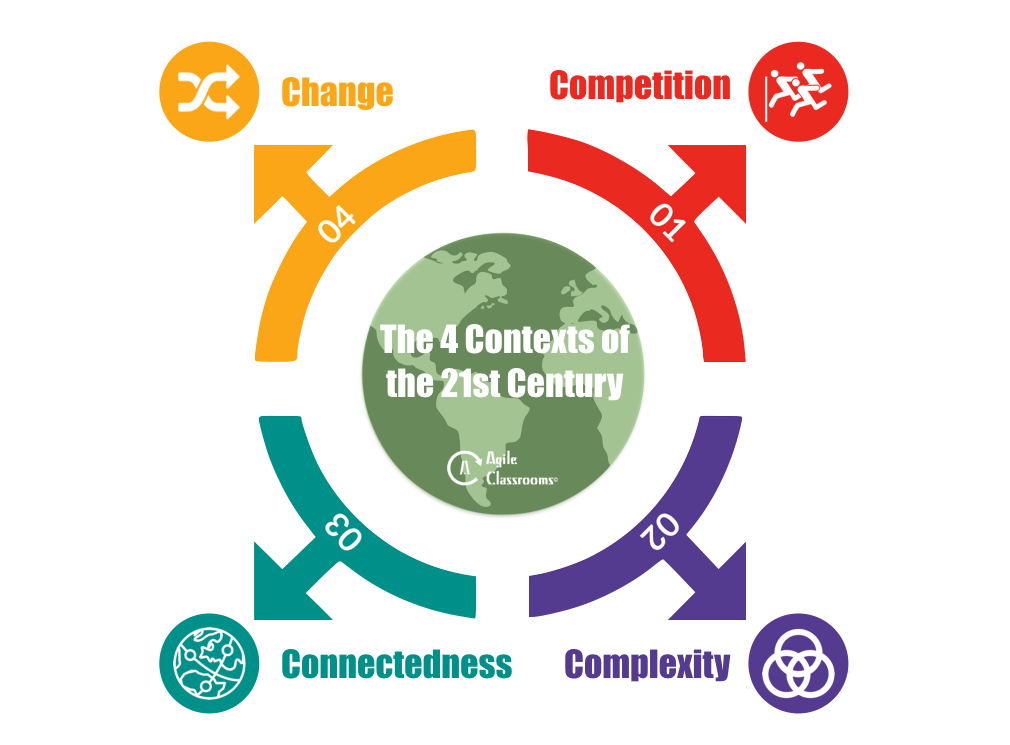 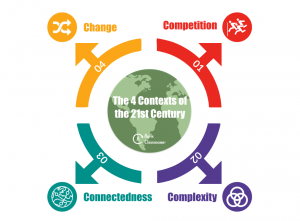 Most of us awith the 4Cs of 21st Century Skills: (1) Creativity (2) Collaboration (3) Critical Thinking and (4) Communication. But, why do more today? What is the requires uto change how we teach and learn?

21st Century Context: The 4Cs Behind the 4Cs

tury is a wdly different placschools were designed for. The 21st Century is rapidly increasing towards more (1) Complexity (2) Change (3) Competition and (4) Connectedness. To thrive in these four future conditions, the 4Cs of the 21st Century Context, students will need to master the 4C’s of 21st Century Skills.

As the context changes, schools must evolve too, or risk leaving every student behind. And, perhaps if we first start with why, understanding the world students will enter, it will be easier for teachers to get the support they deserve in making it a reality.

Stay up to date with Agile in the classroom so that you can help your students flourish as 21st Century Learners!